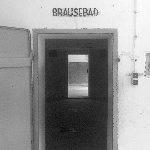 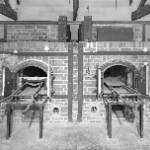 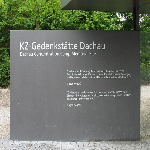 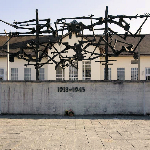 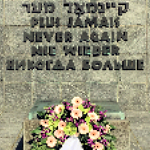 Only 16 kilometers NW from Munich, the charming town of Dachau was known for the remains of a 16th-Century château and its 18th-Century facades. However, in 1933, that changed. Under the Third Reich, the Nazis designated Dachau as the site for which is now the first, and only, concentration camp to last the full 12 years of the Third Reich.

Following the layout and plans developed by Theodor Eicke, on 22. March 1933 Heinrich Himmler opened the Dachau Concentration Camp. The initial objective was to detain the political deviants of the Nazi Party within this forced labor camp. However, the Nazis went on to use this labor camp as the model camp to construct other concentration camps (e.g. Auschwitz-Birkenau). After that, these camps were considered the “final solution to the Jewish question.”

Noteworthy, an estimated 200,000+ prisoners who entered through its gate. Numerous prisoners who died here succumbed to malnutrition as a result of overwork, while being underfed. Also, as a result of many factors, a considerable number of prisoners fell by disease epidemics such as Typhus, suicide or even murder.

Our specially trained and qualified Dachau Concentration Camp tour guide will walk you through the entrance gate to inspect the: